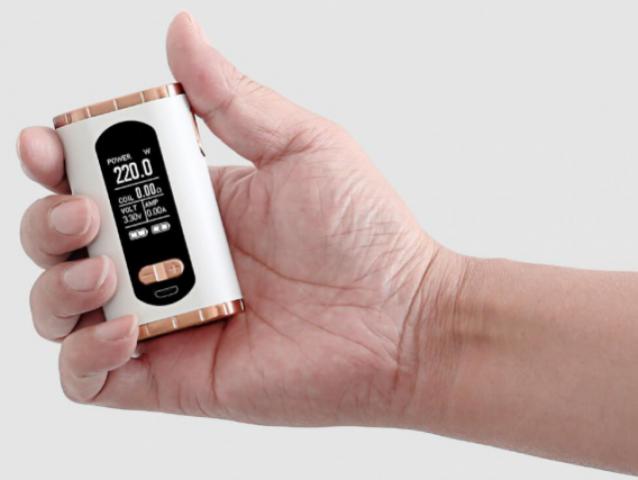 Eleaf, a vaping product manufacturer, has not released new devices for a long time. It is especially noticeable when other producers are trying to present as many novelties as possible. So, the company has recently introduced a new box mod in order not to lose its position on the market. Meet Invoke.

Device design is definitely its good point. Apparently, designers have revised their opinions regarding product appearance and decided to create such a mod that would significantly differ from others. It should be mentioned immediately that the device is small and rounded angles are convenient for holding it in hand.

Invoke is available in sober colors: white, black, and silver. There is one exception: a light-green model.

One hoped that Eleaf would be up to date and chose a 20700 battery. However, unfortunately, Chinese manufacturers decided to install two tried-and-true 18650 batteries.